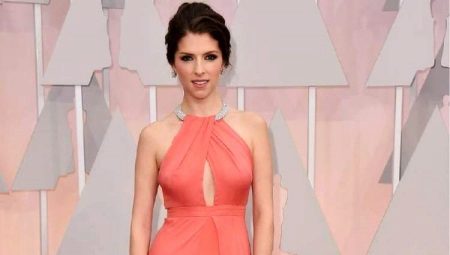 Models of dresses that have an American armhole, are feminine, festive and very romantic. This top is most often present in evening dresses and elegant blouses.

American called armhole, which is a cut on the diagonal, which begins in the armpits and ends at the neck of the girl. This cutout cut allows you to leave the shoulders open.

Who is going to?

A model with such an armhole is perfect for slender girls who have small shoulders.

Some versions of dresses look good on beauties of medium build with a small chest, narrow waist and rounded hips. Closed armholes are preferred by older women, and dress models with an open back are young girls.

The dress, the top of which is represented by an American armhole, looks feminine and beautiful, but not suitable for everyone.

Such a dress should be abandoned for women whose shoulders are wide or sloping. If a girl with such a figure still wants to wear an American dress, it should be complemented with a fitted jacket or a light scarf.

Wedding dresses with an American armhole look very elegant and give the image of non-frivolous femininity, especially if the neckline is trimmed with lace or guipure.

For the first time, dresses with an American armhole became popular in the fifties of the 20th century, when a film with Monroe was released. The white dress of this legendary actress was liked by the public, which introduced such an armhole to the female wardrobe.

By the 90th, interest in this piece of clothing had faded, but from 2011-2012, the American armhole appeared on the runways again. Although it has changed in modern outfits, such a sexy and sensual element can now be called quite popular among well-known fashion designers and fashionistas.

American armhole in outfits can be represented by the following options:

For a cocktail and evening dress, decorated with an American armhole, it is recommended to pick up long gloves. This outfit also looks good with a palatine or with a fur cape. Also add such a dress with a clutch bag and shoes with heels or wedges.

With dresses of this style, pendants on long chains, long earrings, small bracelets are well combined.

However, if the American dress has a V-like neckline, it is better to give up necklace jewelry.

Dresses for the figure "Rectangle"

Dresses for the figure "Inverted Triangle"

Dress with basky - a spectacular image

How to choose a wedding dress?

Dress with train - for a special occasion
Information provided for reference purposes. Do not self-medicate. For health, always consult a specialist.